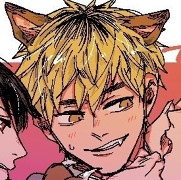 I just received this today, much earlier than expected - what was the approximate release date, September? It was very much a pleasant surprise as he just released about 2 weeks ago.. Though he is a U.S. / everywhere but Japan exclusive, so that may have helped. Moving on - he was extremely well packaged, I was honestly shocked at how much paper and such was in the box to protect it - meaning he arrived in perfect condition ♪ He looks super cute, I was kinda surprised they had the default face as a smiling face, but I really like it! A bit difficult to pose him with the hand sign with Naruto, but that's probably just me. He looks great with Naruto, though, and I'm really, real...Read moreClose

Are you sure you want to permanently delete this Review?