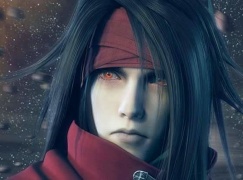 I was really excited to finally receive this lil' guy in the mail a couple of days ago, as I had been contemplating preordering him for over six months. He was totally worth the wait, and all of my saved up TOM points. He is incredibly detailed, easily assembled/disassembled with malleable parts that slip right into place, and the paint job is impeccable. Orange Rouge have really captured the essence of his character in each of his uniquely identifiable expressions, and his trademark gas mask and umbrella really accentuate their knack for highlighting the qualities of Clear's character (through his personal effects.)

He is truly incredibly endearing to look at and play ar...Read moreClose

So I purchased this about a month ago for my waifu's birthday in a dual order with Gakupo, and I have to say I am very pleased by the quality of this nendoroid. She may not be very posable, but her neutral pose was a real hit with my bestie, as she fawned over her quality for ages. She was really excited to open her up and put her together with her other figures, so I'm really happy that I decided to buy her for her in the end.

She's very beautifully sculpted and painted, and the rendering of the details and the tonal values in her eyes and hair are mesmerising. The takoyaki Luka is also a sweet little bonus; a wonderful figure in its own right. Thank you TOM for res...Read moreClose

Sex Pot Revenge has been one of my favourite fashion brands for years now, and so when the notification for this choker popped up in my email, I knew I had to have it. This is an incredible product, and I am so, so happy that I purchased it in the end. It is extremely high quality, and looks even better in person than in the photographs--which is amazing considering how gorgeous I thought it was in the pictures.

It is so detailed in its simplicity, and the added touch of the SPR label makes it an irreplaceable item that I will treasure always. The fit is just right, as it gives me enough room to breathe comfortably without any pinching or discomfort, and the thickness of the leathe...Read moreClose

Enable my love for the kits ❤️👌✨

This raffle sounds like a lot of fun, and I would love to be one of the recipients of this lucky draw raffle. ✨👌✨

Good luck to everyone participating!! May we all be showered with the cuteness of these koneko straps! 😼🙏

Fuwan-Fuwan is the ultimate cutie 💙

I placed this order about a week ago, after having eyed these keychains off for a few months, and I'm so glad that I did. Fuwan-Fuwan was honestly made for me; from his pouty little frown to his little legs that reach out for a hug, he is honestly one of the cutest plushies that I've ever seen. He arrived in a compact little box, and he is ridiculously endearing in person.

His picture hardly does him justice. He is super soft and squishy, and incredibly detailed even in his simplicity; from the little bows in his fleece (which is incredibly soft and fluffy) to the blush on his cheeks, he is everything and more that I could want in a plush.

I would absolutely lov...Read moreClose

I have been eyeing Gakupo's nendoroid for well over a year now, and I jumped at the chance to purchase him when the Hinamatsuri sale began (in actuality I spent over a week deliberating over him.) My intention had been to buy him only when Luka was available so that I could gift her to my waifu for her birthday, but as she very quickly went out of stock, I decided against it.

But in the end I could not resist his purple-haired charm, and so I caved and bought him. And I can safely say that I do not regret it for a moment. He arrived very promptly a couple of days after I placed my order (although the shipping cost in AUD was appalling, to say the least), and he was impeccably p...Read moreClose

As always, my package arrived promptly and was packaged impeccably, and it was in mint condition when it arrived on my doorstep this morning.

The picture on the site really doesn't do Aoba's nendo justice. He is absolutely adorable in every way, and I couldn't believe how detailed he was when I pulled him out of his cute little box. His joints are highly malleable and easy to remove/detach/reattach, and I put that down to the incredible craftsmanship of the manufacturer Nendoron.

There are so many posable possibilities with this nendoroid, and I was kept entertained with him for quite a while until I found an aesthetic that was both to my liking, and also s...Read moreClose

The Apple of my Eye

I received Ren a few days ago in the mail, and initially I was a little concerned about the state of the box he arrived in. It wasn't taped down adequately and properly, so there was an extensive amount of battery to the box that could have been avoided in transit. I was pleasantly surprised to find that the figure himself was in top notch condition, however, and I put that down to the impeccable efforts of the TOM team.

He is beautifully crafted, every sinewy tendon and muscle emphasised with such anatomical precision that I was literally lost for words when I removed the bubble wrap from his box. From the glittery blue gem in his throat to the folds and creases in his pants...Read moreClose

I have had my eye on this figure since he was released, and I cannot stress enough how absolutely bloody divine this figure is; his photograph does not do him justice. When I opened the box, he was packaged beautifully, and was in mint condition. The box itself is a work of art, and I was so dazzled by it that I sat there for ten minutes taking in every detail; there was so much to see, and already I could understand why he was so pricey (in my currency anyways.)

When I took him out of the box, I was pleased to note that he had been properly sealed to protect the delicate bits, and it made me really happy because I have had past experiences where those parts came broken in the boxe...Read moreClose

I have been yearning to buy this nendo for the longest time, but because the AUD hasn't been fairing too well of late, he was on the pricier side. And with the shipping cost on top of him, I was apprehensive to bite the bullet and buy him.

Once I had a comfortable amount of money saved up, on the other hand, I couldn't wait to get my hands on him. He is incredibly high quality, detailed in ways that for a nendoroid is quite extraordinary, and he was packaged beautifully.

There wasn't a scratch on his box, and I knew then that he was worthy of the money I spent. His limbs are incredibly malleable and easy to remove/detach/reattach to the main body, and he wa...Read moreClose

Are you sure you want to permanently delete this Review?