The Manga Translation Battle is the only official Japanese manga translation contest presented by the Digital Comics Association. This contest is managed by MANGAPOLO with the full support of Japan's Agency for Cultural Affairs.
First Prize winners for each work will be selected in early February 2016. All winning translators will receive job offers to translate the manga series from their entries, plus the opportunity to debut as a professional translator, and various other wonderful prizes! A single Grand Prize winner will be selected to receive all of the above, plus an invitation to attend the award ceremony in Tokyo, with a free plane ticket!  (Supported by JAL)

Anyone and everyone is welcome!

The children Nowadays ONE

Comedy and adventure flow from the pen of the talented Kiriko Kubo!! The boy living next to little Kirita tells him Kirita that a third World War is coming. Kirita runs home and tells his family, but no one takes him seriously... Until the boy next door comes over for a visit.

The celebrated manga-ka Kan Takahama applies her elegant style to a masterful tale of love and death. It plays out in the red-light district of old Nagasaki, a city once Japan's only window to the world, where the melodies of the shamisen and the words of foreign dialects intermingle.

Emi Maruyama is a 26 year old office lady who absolutely hates the people in her company. As all attempts to make friends meet with dismal failure, the gloom of her life threatens to engulf her. Until one day when everything changes! Her boss, coworkers, in fact, everyone she detests have become pig people who physically attack her on sight! Can Emi survive when her horrible office life has turned into an office of horrors? 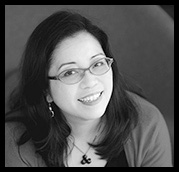 Deb Aoki has been writing about manga professionally since 2006, but is also a lifelong manga reader who has many happy memories reading Nakayoshi when she was in grade school. From 2006-2013, she was the Manga Editor for About.com. She is currently the editor of MangaComicsManga.com, a site devoted to manga and comics from around the world. She is also a contributing writer for Publishers Weekly. Deb lives in California, in the San Francisco Bay Area and regularly writes about comics events throughout North America, and occasionally Japan. 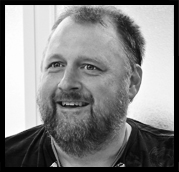 William (Bill) Flanagan started translating manga professionally in 1991 with Raika (Kaumi Fujiwara & Yu Terashima) and has been translating and editing manga ever since. He rose to be Director of Editorial of Viz Media in the early 2000s and from then on, has had his hand in top-selling manga. He also translates anime, games, TV, movies and novels. Representative manga translations include Alice in Murderland (Kaori Yuki), Fairy Tail (Hiro Mashima), and A Bride's Story (Kaoru Mori). He lives with his wife a son in the mountains of Gifu Prefecture, Japan. 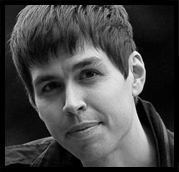 A native of Washington, D.C., Matthew has been working as a professional translator since the early 1990s. Together with Hiroko Yoda he is the co-founder of AltJapan Co., Ltd., a dedicated entertainment localization company that has produced the English versions of many top video games, toys, and manga, including the Gundam series and the Doraemon series. He is the co-author of numerous books about Japan, including "Yokai Attack! The Japanese Monster Survival Guide."

Humor is always so, so hard to translate. Monique's translation choices did something that seems simple, but is actually quite difficult: She captured the light-hearted humor of this comic and did it in a way that felt true to the original.

Her sound effects were well-chosen -- like "hmph!" when a waitress turns away in disdain instead of "turn" which captured the meaning/natural english equivalent of that moment versus going with a literal translation of that sound effect. Overall, an enjoyable translation that found a nice balance between being true to the original Japanese content and being readable and humorous to English readers, even those who aren't familiar with Japanese words or culture.

Sound effects are among the most difficult things to translate in manga. Many novice translators err on the side of caution either by romanizing them (“doki doki”) or simply describing them (“heart beat”). The former can mislead as the same syllables don’t necessarily evoke feelings in English readers, and the latter can pull readers out of the action if it isn’t done well. The Children Nowadays had some tough ones to render in English, but Monique did a good job (though I wished she’d tried a little harder to come up with some effect for walking instead of “step step.”) She even went to the effort of “translating" the emoji-style symbols on p. 198, 200 and 201, which earned her extra points in my book.

There were instances of very nice translation choices in Ms. Murphy’s work, but the main reason that it won the top honor is because it did well one of the hardest parts of the manga-translation job: sound effects. Translating the sound effects of a manga takes a special type of creativity since many Japanese sound effects don’t have equivalents in American comics. The sound of a smile, for example, which Ms. Murphy handles with “grin grin.” She also translated a series of symbols for one character blabbering on as, “blah, blah,” “yada yada,” and “such and such and such.” Recognizable phrases that meant the same thing as the Japanese. I also particularly liked the “clickety clicktey” sound effect for Takumi’s computer brain. She had a few missteps too, in my opinion, but overall, she handled the hardest part of the job, the sound effects, with a grace I certainly did not have in my early years of translation.

While the other choices were a bit difficult to make, choosing the winner for this title was largely based on simple readability. It can be daunting to translate Japanese dialogue into English when the original Japanese dialogue is full of nuances that give the reader a glimpse into a different time, and the different social statuses and personalities of each character. One way to go is to try to replicate the "old" style of speaking by giving it a vaguely Shakespearean tone, or imply lower social standing by making the characters speak in country slang, ala a Southern drawl. But it has to be done with a light touch, or it risks turning the dialogue into something jarring and odd that takes the English language reader out of the story, or at its worst, makes it incomprehensible.

Ronald's entry opted for choices that retained the story's readability with conversational dialogue and a light touch when adding hints of "old" or formal style speech, and wording that suggest class differences without going too far into slang, and that's what gave him the win, as well as taking on what was probably the hardest manga out of the three to translate.

It’s set in the past, it’s loaded with archaic turns of phrase, and centers on the geisha and their customers, which is something of an alien world unto its own even for many modern Japanese. This was an extremely challenging title to translate, and hats off to everyone who attempted it. English simply doesn’t have the dramatic politeness shifts and regional dialects that Japanese does, so the danger when localizing content like this is going too far with accents and voices. Richard’s translation won me over both with its overall smoothness and his firm grasp of the subject matter.

For this entry, we judges were given two distinct styles of translation to compare. One that attempted to reproduce dated dialog appropriate for each of the different stations in life that the characters represented, and one that was more straight-forward, easier to read, and communicated the story in a smoother way. And although I am impressed with Ms. Hikari Dixon’s attempt, the period phrasing had a negative effect on understanding and pacing. On the other hand, Mr. Classman’s translation, while retaining some class-based wording, was a much easier read, allowing the story and art to carry the mood to the reader rather than relying on imposed accents. A translator’s job is to be as invisible as possible to allow the author’s work to shine through, and Mr. Classman did exactly that to give his version the win.

Jennifer's entry did a good job of selecting dialogue that captured the mood of the characters and what they were saying in a way that was conversational and crisp. An example of the choices she made include "“I can’t breathe here” instead of "The mood is suffocating." Both are technically accurate, but "I can't breathe" sounds like the way that a young woman with an everyday vocabulary would express this thought in her head."

The story moved at a good pace, and was easy to follow. It did what most translators strive to do: be largely unnoticeable and let the story be the star.

This was an nightmarish, almost fragmentary sample of a story that is obviously just getting started, and I sympathized with the translators, who were as much along for the ride as the readers are. This was a very close contest between the two top contenders, Amy Marshall and Jennifer J Ward. What struck me about Jennifer’s translation was her understanding of how to break up sentences across multiple word balloons in a natural way. At the very end, in the very last panel, Jennifer actually injected a word that wasn’t in the original, “Y’know,” to bridge what would have come across as an unnatural breakup for English. Having the confidence to tweak the phrasing in this way is something that sets pros apart from amateurs.

If there was one point in Ms. Ward’s translation that I felt stood out was one of the harder aspects of manga translation to get used to: pacing. The way the wording and spacing between balloons or captions influences the speed at which we read it. There were several places where she broke a sentence into three or four parts where her wording was particularly effective for the story and mood. Pieces of dialog such as, “Every… last… one of them…,” and “What… the hell… was that?!” really caught the mood and made the reader follow the pace of the story. Also the panic in the line of dialog that starts, “It’s a pig!” brought the mood out as well.